The Gallipoli Medical Research Foundation collaborates on research projects with institutes and universities around the world.

We are fortunate to have collaborations and affiliations with a number of researchers, GP’s and specialists. Her undergraduate training was undertaken at the University of Queensland and she completed her FRACP in Medical Oncology in 2006. Her tumour interests include Melanoma and Gastro-intestinal tumours. Dr. Atkinson holds an appointment as an Associate Professor (School of Clinical Medicine) with the University of Queensland and is involved in the teaching and clinical examination of medical students as well as the supervision of advanced trainees in Medical Oncology.

She is on the executive board of the Australian and New Zealand Melanoma Trials Group and on the board of Melanoma Patients Australia. Dr Pretoria Bilinski is a medical oncologist and palliative care physician. She attends one campus only, that is Greenslopes Private Hospital.

Her private rooms are located in the Ramsay Specialist Centre.

Her undergraduate training was undertaken at the University of Queensland. She has two Masters degrees, one in Palliative Care (from Flinders University) and the other in Health Administration (from university of NSW).

Her tumour interests include prostate, renal, bladder, breast, lung, and pancreatic tumours. She is a local college examiner for the RACP. Currently recruiting trials. Dr Warren Joubert graduated from the University of Witwatersrand, South Africa in 1995. He completed his Fellowship with the Royal Australasian College of Physicians and training as a Medical Oncologist at the Princess Alexandra Hospital in Brisbane in 2006 having previously trained in Auckland, New Zealand and worked at the Royal Free Hospital in London.

Warren’s main interests are in gastro-intestinal cancer, including colo-rectal and pancreatic cancer; uro-genital cancer and sarcoma oncology. He also has an interest in neuroendocrine tumours and initiated the neuroendocrine multi-disciplinary meeting at the Princess Alexandra Hospital. He is a member of the Australasian Gastro-intestinal Trials Group and board member of the Australasian Sarcoma Study Group.

He is involved as a principal or associate investigator on a number of clinical trials in gastro-intestinal, breast and uro-genital cancer and in melanoma and sarcoma.

Warren aims to deliver personalised, evidence-based therapies to his patients with cancer and adopts a holistic approach to the care of his patients and their family members. Currently recruiting trials.

Dr Stuart, an eminent Brisbane Hepatologist, has been the Director of Hepatology at Princess Alexandra Hospital since 2009 and is a senior member of The Queensland Liver Transplant Service. Following graduation from the University of Queensland’s MBBS program, Katherine trained in Gastroenterology and Hepatology at the Mater Adult and Royal Brisbane Hospitals, before spending a year in London with Professor Roger Williams. Upon returning to Brisbane she was the Hepatology Liver Transplant Fellow at the Princess Alexandra Hospital before embarking on a PhD investigating the Mechanisms and Significance of Iron Accumulation in Cirrhosis.

Katherine was the Director of Physician Training at the Princess Alexandra Hospital between 2003 and 2007. Katherine has been an invited speaker at national and local meetings and was a member of the Australian Liver Association, Executive Committee between 2006-2013. Katherine is in private practise at Greenslopes Private Hospital and is a member of the Clinical trials unit at the Gallipoli Medical Research Foundation. Her research interests include hepatocellular carcinoma, role of co-factors in cirrhosis and hepatocellular cancer, assessment of liver function in cirrhosis and viral hepatitis. Currently recruiting trials.

Dr Luke Hourigan is an Associate Professor of Medicine at the University of Queensland. He is an Interventional Gastroenterologist with a private practice based at Greenslopes Private Hospital in Brisbane. He is also the Clinical Director of Endoscopy at Princess Alexandra Hospital. In 2015, Dr Hourigan received a Cyril Gilbert Testimonal Fund Grant from the Gallipoli Medical Research Foundation. With this funding, Dr Hourigan is conducting a trial study exploring new endoscopic techniques to reduce the risk of the recurrence of large bowel polyps (pre-cancerous lesions) after removal at colonoscopy. Currently recruiting trials. Prof Kenneth O’Byrne is a Medical Oncologist and Clinical Scientist working at the Princess Alexandra Hospital (PAH) and the Queensland University of Technology (QUT) Translational Research Institute (TRI) laboratories on the PAH campus and is co-director of the Cancer and Ageing Research Program (CARP) www.carp.org.au. Prof O’Byrne has been involved in over 200 Clinical Trials including designing investigator-initiated, grant-funded Phase II and III studies. He has established collaborative studies and networks for biomarker detection and validation and has been involved in biomarker driven clinical trials including the LUX-Lung (Boehringer-Ingelheim), checkpoint immunotherapy (BMS, MSD) and the ETOP programs. He is clinical lead for the ‘Cancer and Ageing Research Program’ at PAH-QUT-TRI, his research including biomarker and target identification in solid and liquid biopsies, and drug resistance linked to cancer ‘stemness’ and genomic instability. He has published over 300 peer-reviewed manuscripts and has patented novel anti-cancer therapeutics and predictive biomarker tests developed in Australia and Ireland. Currently recruiting trials. 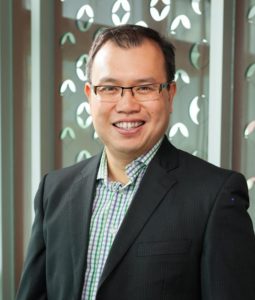 Dr Goh is a Monash University graduate and successfully completed internal medicine examinations in 2004 and subsequently completed three years of advanced training in medical oncology in Brisbane obtaining his FRACP in 2007. He represented the Queensland Medical Oncology Advanced Trainees within the Medical Oncology Group of Australia (MOGA) in 2007.

He was appointed staff medical oncologist at Royal Brisbane & Women’s Hospital (RBWH) in December 2008; the position also provides oncology services to the Prince Charles Hospital (TPCH). From July 2008, he commenced sessional private practice as a visiting medical officer at Greenslopes Private Hospital and subsequently at ICON Chermside in 2010.

Dr Goh has also been actively involved in clinical trials including his role as principal investigator (PI) in a number of phase I, II and III gynaecological oncology,  urological malignancy and phase 1B trials at RBWH, ICON and GPH. He is also a co-investigator in numerous other multi-centre clinical trials in oncology. Dr Goh continues to maintain an active interest in clinical research. He was a board member and chair of the Cervical Cancer working Group of the Australia & New Zealand Gynaecological Oncology Group (ANZGOG). He is also a member of ANZUP, COSA and ASCO. He is well published in his sub-specialty interests of Gynaecological and Urological malignancies.

Apart from being a clinician, Dr Jeffrey Goh has an ongoing commitment to the teaching and development of medical students in his position as senior lecturer, Faculty of Medicine, University of Queensland. Dr Goh is also fluent in three languages and two Chinese dialects. Dr Goh has particular interest in gynaecologic, colorectal and urological malignancies. Currently recruiting trials. 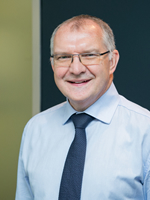 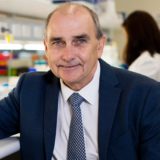