The Gallipoli Medical Research Foundation are proud to work with Dame Quentin Bryce and Professor John Pearn as the Co-Patrons of our organisation.

On 5 September 2008 Quentin Bryce was sworn in as Australia’s twenty-fifth Governor-General. As the first woman to take up the office, she remains a pioneer in contemporary Australian society, and yet one who brings more than forty years of experience in reform, community building and leadership to the role. On 25 March 2014, Prime Minister Tony Abbott announced that Ms Bryce had become a Dame in the Order of Australia. 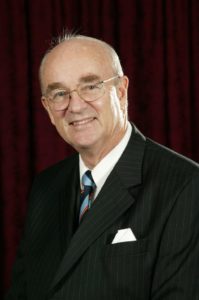 Major General John Pearn has served as one of Australia’s most senior doctor-soldiers. Professor Pearn is Senior Paediatrician at the Lady Cilento Children’s Hospital in Brisbane (previously the Royal Brisbane Children’s Hospital); where he has served as a full-time staff clinician since 1968. His major clinical, research and teaching interests in paediatrics and internal medicine have included medical genetics, clinical toxicology, bioethics and accident prevention.

Safeguarding the Mission and Vision of GMRF

The Board of Directors act as guardians of the Foundation’s mission and vision. Board Members are ideally placed to stand back and take a detached view of potential future directions. They are instrumental in formulating: what GMRF plans to achieve, where it wants to be, and how it plans to get there. In doing so, the Board works closely with the CEO of the Foundation to further the research goals and monitor program effectiveness.

Professor Stephen Gray
Professor of Finance at the University of Queensland Business School and Chairman of Frontier Economics.

Click here for full profiles of the GMRF Board Members

The role of the GMRF Executive Committee is to implement the strategic direction of the Board of Directors and to oversee the day to day management of the Foundation in line with our vision, mission and values.

The Research Advisory Committee (RAC) has been established by the Gallipoli Medical Research Foundation (GMRF) Board of Directors to provide independent expert advice to the Board to ensure the highest quality research is considered, supported and delivered by the Foundation. 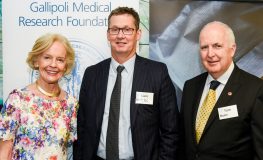