For 30 years, the Diggers’ Dozen volunteers at Greenslopes Private Hospital have been providing care for current patients and working tirelessly to help patients of the future.

The Diggers’ Dozen volunteer group were officially established on the 28th May 1990 on a six month trial period. During this time, the Diggers’ Dozen became a friend to all patients and an asset to the Greenslopes Repatriation Hospital. The volunteers continued to swell in rank, and were warmly accepted by Ramsay Health Care when the hospital came under their management in 1995. President Betty Jennings says that over the two decades she’s served as a volunteer she’s made a lot of good friends and fond memories.

“It’s always been about the care. I’ve met some beautiful people here. You sit and talk to patients. Often they have come from out of town and they have no visitors. Just having a chat or giving someone a hug could make a huge difference to them,” Betty says. 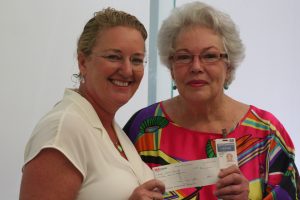 “We congratulate them on their 30th Anniversary and all they’ve achieve. I am constantly inspired by their dedication and I am so grateful to all the Diggers’ Dozen members for all they have done to support us.” 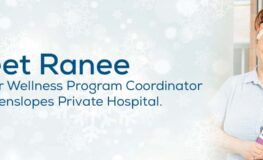