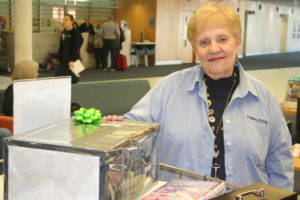 The Diggers’ Dozens have been part of our team since the beginning. In May 2005, the group pledged $50,000 to the newly established Gallipoli Medical Research Foundation over three years, a target they hit within two. So they made the target bigger, $200,000 bigger. Since then, they have baked, raffled, and sewn their way to – and well past – this ambitious goal. 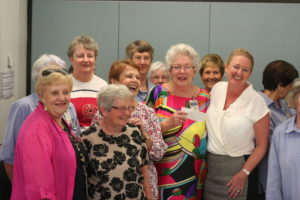 The Diggers’ Dozen have now fundraised over $286,000 for our innovative medical research for our veterans, their families, and the wider Australian Community. We’re not sure which we find more impressive, their dedication and commitment to the cause and these massive targets, or the fact that they’re still not slowing down in their fundraising efforts

How it all began 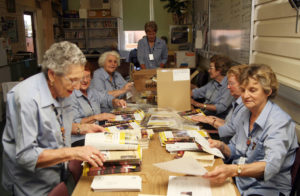 In February 1990, a ‘Friends of the Hospital’ Program was formed to further add to the quality of patient care at Greenslopes Repatriation Hospital. Continuing the hospital’s commitment to Veterans’ health, and to carry on this spirit, the name ‘Diggers’ Dozen’ was proposed. The Diggers’ Dozen was made official on May 28th 1990 and they were given a six month trial period to prove themselves. And prove themselves they did. During this time, the Diggers’ Dozen became a friend to all patients and an asset to the Greenslopes Repatriation Hospital. The volunteers continued to swell in rank, and were warmly accepted by Ramsay Health Care when the hospital came under their management in 1995.

The Diggers’ Dozen faithfully serve the hospital in its commitment to outstanding service. These volunteers have staffed information desks, assisted with marketing, organised mailings, and performed countless other administrative tasks. They’ve also lent their organisational prowess to the Gallipoli Medical Research Foundation by preparing our appeal mail outs, a service which has saved the Foundation significant time and money. But as helpful as they are with daily operation duties, it has always been in patient support where the Diggers’ Dozen volunteers really shine.

For over 26 years, these kind souls have been part of the warm welcome and friendly smile at the hospital. Over the years, they have always been on hand to serve a tea or coffee for a day surgery patient. They have delivered books and magazines to patients recovering in bed, or taken them for a gentle walk. At the Cyril Gilbert Cancer Centre, the Diggers’ Dozen can be seen spending time with patients, having a chat or sitting quietly holding a hand. Diggers’ Dozen are an integral part of Greenslopes Private Hospital’s people-centred care approach, and they’ve been a source of comfort and support for thousands of patients, and their families, which continues to this day. 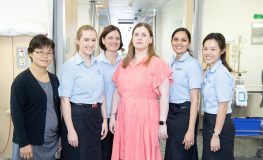